I started cloth diapering a little over a year ago with my son. He’s potty trained now but I still cloth diaper my daughter 🙂  I was so overwhelmed with all the information EVERYWHERE!  This is a simple post to give you an idea of what’s worth your money and what’s not. I’ll be writing seperate in depth reviews for each brand of diaper and the sprayer I use so don’t expect that here. I just want to give you a quick run down of what to expect 🙂 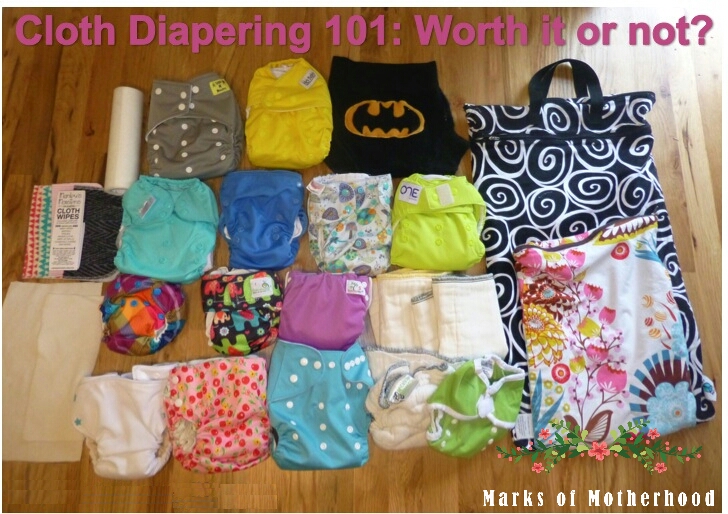 What I did in the beginning:
I joined fluff love and cd science on Facebook – worth it!

There is tons of helpful information here. It’s basically a bunch of wonderful supportive moms and admins that answer your questions. They will also help you get a wash routine down since everyone has a different washer machine, home set up, preference etc. I highly recommend checking out their page to find a wash routine and way to store dirty diapers.

I only bought pocket diapers– honestly up to you, I still use them.

I was wanting it to be affordable so I bought some little monsters and mg baby off zulilly. Theses worked great for me for the most part. However stuffing pockets got old really fast! My son also needed 2 inserts so they were super BULKY…I didn’t really mind this at home but when we were out an about it was hard not to resort to disposable. That’s when I branched out and tried a different kind.

I decided to try All in One diapers (AIO)– worth it!

The inserts are attached (no stuffing!), variety of styles, range in price and had a trimmer fit! I have tried bumgenius free time, blueberry simplex, bottom bumpers, and grovia.

Flushable liners– not worth it! Good idea to keep a roll on hand for occasional use.

I had no interest whatsoever in dunking and swishing a dirty diaper in the toilet…I also didn’t want to touch the dirty diaper period. I used these the whole time with my son but they were such a waste!  The ONLY time I recommend them is when you’re using diaper rash cream so it doesn’t get on your diapers.

OVERNIGHT DIAPER (dun dun dun! seriously what it feels like…)

I tried stuffing pocket diapers with multiple inserts and wool covers. Although the wool covers were adorable… I just couldn’t get them to work 😦 We eventually gave up and did disposable at night for the longest time until I found the most INCREDIBLE overnight diaper!

This diaper is bullet proof! It’s pretty bulky since you need both inserts but has worked with both my son and my daughter. I love it so much! I bought 6 and wish I bought these originally instead of wasting my money on the ones that didn’t work.

Just over a year and I survived! I washed every 2-3 days and probably used disposable 25% of the time. Moved between 3 houses and still went back to them every time within a couple weeks.

What I did differently with my daughter:

Newborn diapers– not worth it!

She peed through these within a couple weeks. She was 7.5lbs when she was born.

Sized diapers (AIO)– worth it!

I bought about 10 of these(size 1/small) for her and she fit in them right away. She peed through these by 4months but it was worth it to not have the extra bulky one size diapers while running errands. I have 2 mediums she uses currently but we mostly use one size now.

Prefolds/covers– worth it only because they go through so many diapers!

I had a couple dozen of both small and medium ones from nicki’s diaper and put a size one thirsties cover over them. Stopped using them recently when we started solids.

Fleece liners– worth it!

I bought a couple yards of white fleece and just used the outline of a flushable liner to cut them out. Did some smaller ones (envelope size) for the first 6 months. Most the time the only thing I have to spray is the liner and it also keeps my diapers from staining. My son’s just rolled right off!

Cloth Wipes– worth it!

Super crafty people can make them. I just bought some off etsy.com from a shop named Marley’s Monsters.

Diaper Sprayer– worth it!!!!

I wish I had a diaper sprayer from the beginning. I use cloth wipes now too and it’s so easy to spray those and the liners plus the occasional diaper. It’s also helped with spraying a few pairs of underwear…This is the diaper sprayer I use but I also received it as a discount.

I only used medium ones for diaper bags with my son but got a large one I leave open and put diapers in after I spray them. I also have a small one that I use more now with my daughter. It can fit 1-2 diapers. They are all the planet wise brand off amazon.

Summary: Cloth diapering seems daunting and disgusting at first to soooo many people, including myself, but I’m hooked! I honestly don’t know how much money you save since trying out new diapers is addicting lol All you need is a diaper sprayer, liners, wipes, good stash of diapers, and wet bags.